Rahul Sipligunj is the eldest in the family with a younger brother and sister. While his brother is in the US, his sister is married and settled in Mumbai.

Singer-songwriter-musician Rahul Sipligunj has been crowned as the winner of the much-talked-about reality show Bigg Boss Telugu season 3. This Hyderabad-based playback singer-independent musician is currently spending time with his family soaking in all the love and adulation he earned on the show. On this note, here are some lesser-known facts about ‘Rahul Chichcha’, as he is fondly called by fans and dear ones.

After coming out of the Bigg Boss show, he arranged a Live Music Concert for his fans who showed a utmost love, support and respect with huge votes to see him as a Bigg Boss winner of third season of Biggest Reality show Bigg Boss.

All of you known that there will be New Year Eve’s which will be held at the midnight of 31st December for New Year Celebration.

Rahul Sipligunj is passionate about making music so much that he often sells his personal belongings to make a music video. He once sold his expensive mobile phone to produce a video. After heartbreak, he channelized his pain into making a music video.

Join us for one of the most happening New Year Eve Gathering in Town where we bringing the experience of nightlife & also we have bigg boss season 3 winner Rahul Sipligunj performing live on 31-12 with his band & best of dj’s to play your favourite music! Start planning your best outfit, sexiest shoes and dance energy for our New Years Eve party.

Are you Ready to dance on the floor?

Then you are not late you’re just on time.

Q) Is food and liquor available inside ?

a) yes , stalls are available you can pay and take

Q) Is liquor provided for vip tables by the organizer ?

A) yes , the liquor are included in the silver and gold tables

Q) Is there any separate section for couples?

A) yes , we have partitions for stags and couples 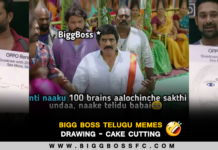 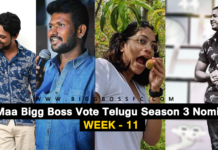