MJP MLA from Ghaziabad wants Bigg Boss 13 to be banned as it is allegedly promoting obscenity and vulgarity and is unfit for family viewing.

Bigg Boss Season 13, one of the most controversial and waited for a reality show where contestants from different playbacks will be entered into this biggest reality show which is hosted by Dabangg actor Salman Khan.

Most undoubtedly, Salman Khan is one of the best hosts to take up the TRP of the show to the top.

Among all the seasons, Bigg Boss Management has planned the game differently this year. In this, the contestants need to sleep with their couple partner which is on destroying the social harmony of the country.

Contestants from different communities need to sleep with their bed partner in this reality show which is difficult for family viewers to watch the show.

Salman Khan’s reality show Bigg Boss 13 seems to be in big trouble. BJP MLA from Ghaziabad, Nand Kishore Gujjar has written a letter to Information and Broadcasting Minister Prakash Javdekar demanding that the show be taken off the air.

In his letter, the BJP legislator has projected that the “show was promoting obscenity and vulgarity and was unfit for a family audience”.

He also added that our Prime Minister Narendra Modi Ji is trying to get our lost glory and on the other hand such reality shows(Bigg Boss) were demeaning the country’s culture and harmony.

He said that these shows are being watched by the children who have disrespectful and adult content.

He also said that these type of reality shows must have a censored content to be telecast in the TV by removing the scenes which are objectionable and
Showing young couples sharing a bed on national television is not acceptable and it should not hurt the social morality of the country.

See how netizens reacted to the letter posted-

This is the 13th season of the reality show which is hugely popular. Watch this space, for more BB13 updates.
Share your opinion by commenting down on the ‘Ban of BB13 Reality Show.’ 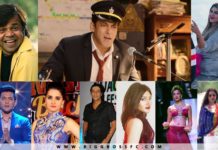 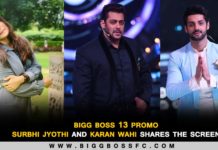